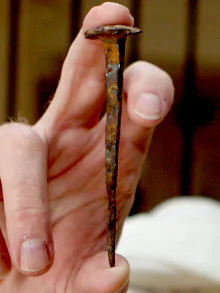 The four-inch long nail is thought to be one of thousands used in crucifixions across the Roman empire. Archaeologists believe it dates from either the first or second century AD. The nail was found last summer in a decorated box in a fort on the tiny isle of Ilheu de […]